Taipei, Nov. 26.– A 90-year-old Roman Catholic cardinal and five others were yesterday fined by a Hong Kong court after being found guilty of failing to register a now-defunct fund that aimed to help people arrested in widespread protests three...

It is better to teach how to fish
than to give away the fish.

Bakau (The Gambia), Oct.30 (DP.net).– Although The Gambia is a predominantly Muslim country, Christian missions are very active in providing assistance and training to its inhabitants, especially in rural areas. Catholics in particular have proclaimed October as a "Mission Month", and prayer, sacrifice, and financial contributions are exhorted all over the World in favor of these missions. Este país de 2,400,000 habitantes cuenta con más de 130,000 cristianos, 50,000 de los cuales son católicos. 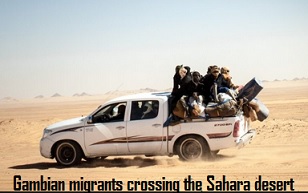 Joblessness in The Gambia has significantly contributed to the number of people migrating internationally –especially young men– often with disastrous effects. Those who are not successful face arrest, abuse and exploitation during the harrowing journey.

Among many other lay people who enthusiastically collaborate with missionaries to assist those in need, Sam Jarju is a laudable example. He is a member of a Catholic youth group in The Gambia devoted to assisting young people in their community understand dire migration risks. Sam advocates for young Gambians to stay in their home country and educates young people on exactly what serious risks they will face along the perilous way if they migrate. 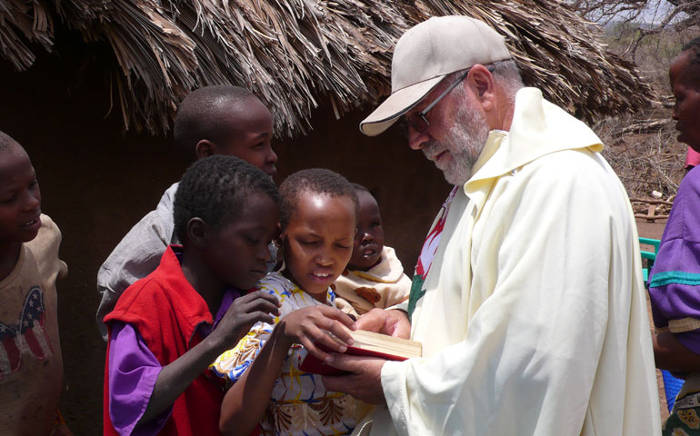 Missionary providing assistancethe world. Missions in The Gambia are planting churches, educating and caring for needy children, and promoting agricultural development. They seek assistance for their training programs, equipment for their schools –they have increased the literacy level of the communities in which they work–, including projects such as establishing a poultry project, etc.

A holistic, cross-border approach is addressing the economic and social motivations for migration, shifting perceptions and protecting people who chose to migrate, no matter what. This cross-border approach encompasses other bordering countries such as Senegal, Mali, and Niger in this region of Africa.

The Office of the UN High Commissioner for Human Rights receives some 400,000 complaints on human rights violations every year. Many of them are received through the emergency Fax available every day for 24 hours: (41-22) 917-0092.

This fax number receives some 200,000 reports per year. Everyone may also send their complaints through the UN High Commissioner for Human Rights. In addition, ParticipatoryDemocracy.net has this page available for publishing complaints and other reports on human rights.

This section is open to all victims of violations of their human rights and fundamental freedoms and to their advocates all over the World. We hope to be of service in this crusade for a better and benevolent World. This introductory page contains considerations and information regarding instruments and institutions devoted to human rights. It also contains links to other pages with more information, documents and further recommended links.

We have 1042 guests and no members online